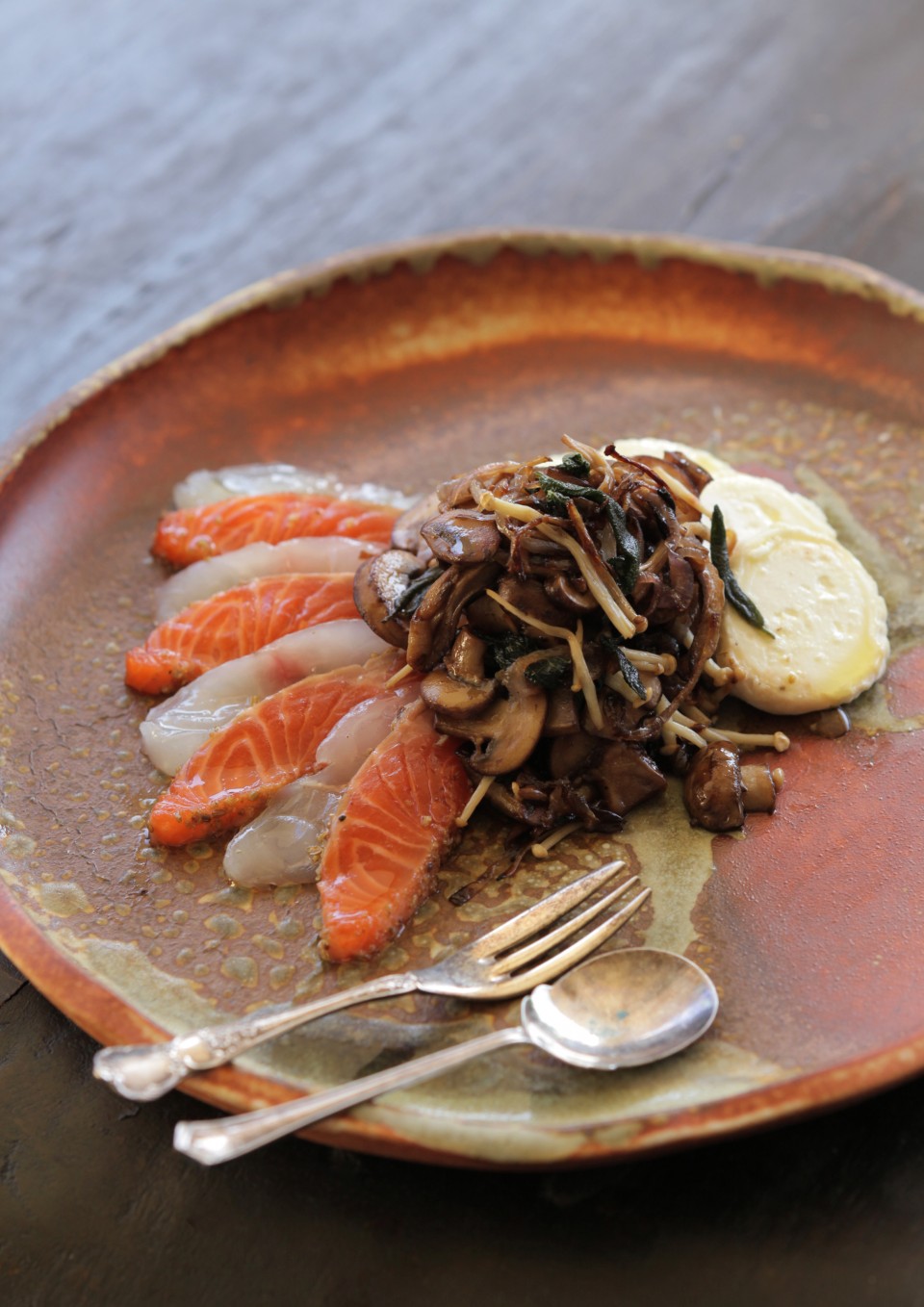 seemed like a fruitful place to throw around an idea; to publish a
book that would showcase the quality and diversity of cuisine being
grown, produced and cooked in the region – a book full of beautiful,
lush images and accessible recipes that would showcase local
eateries and provide a culinary map of the area for visitors, tourists
and locals.
Our concept? To document our journey around the region; from
Yamba in the south to Kingscliff in the north, and then west to Nimbin
collecting the recipes of producers, caterers and restaurateurs along
the way and capturing images of their food.
Byron Bay, a taste of the region, is the result.
We are very proud of this sumptuous book, which contains recipes
from all over Northern NSW and creates a whole new ‘foodies’ map
of the region.

Neither of us could envision that only a year and a half later we
nearly sold out of the 5000 copies printed so with the overwhelming
success of our first edition, it was time we revised the book;
Byron Bay a taste of the region.

Over the past 18 months, our region has seen many new restaurants
and cafes open. Our enriched issue features many of these as well as
new recipes from some featured in book one and a few favourites
remain published again in this edition.

With the preparation of the Enriched edition of the Byron Bay Cookbook
in full swing, it does give us time to reflect on some of the amazing
recipes we had in the first edition.

Slice fish into thin slices against the grain. Heat butter in pan and cook sage leaves.
Add Swiss Browns and oyster mushrooms then vincotto and balsamic vinegar and
continue to toss until mushrooms are golden brown. Add enoki and heat through.
Slice goats cheese into thin rounds.
Arrange fish on plate alternately, place mushrooms next to fish and arrange goats
cheese rounds on side of mushrooms. Drizzle olive oil and squeeze lemon over fish
and a little on plate.